What My Two-Year-Old Taught Me About Grants Management 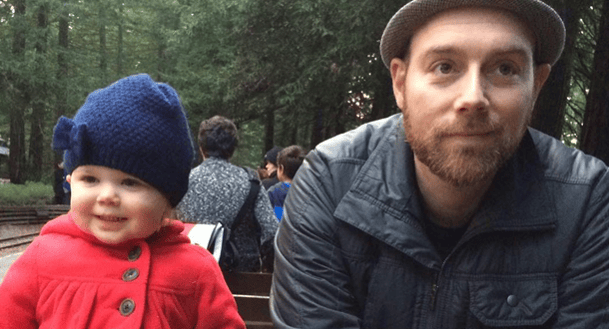 The author, Patrick Taylor of the Zellerbach Family Foundation, and his daughter, Rose.

I am the lucky father of a wonderful two-year-old girl, Rose. She is silly, inquisitive, sweet, curious, playful, cuddly, and a lot of fun. She is also a tough cookie. Anyone who has dealt with a two-year-old knows what irrational balls of anger they can sometimes be. Being a father has taught me a lot of lessons that apply to the world of grants management. After all, in our role as grants managers, we are often in a compliance position, telling people what they can and cannot do, and trying to get sometimes reluctant people to go along with your program.

Here are some of the lessons that being a parent has taught me about  grants management.

Whether it is a two-year-old upset about not getting to watch Blue’s Clues, or program staff upset about a new procedure, people need to feel like their concerns are being listened to. It doesn’t mean that you have to let them get what they want, but just a simple, “I hear you, and I understand how frustrating that is,” can go a long way in cooling tempers and making others feel good about working with you. The trick is, you actually have to mean it. Also, listening to people and trying to understand their perspective can illuminate ways in which you have been unclear or wrong.

Providing alternatives is more effective than simply saying “no.”

My daughter is on a constant quest to get into the most dangerous and disgusting situations you could imagine. I got tired of saying “no” before she was a year old.  After a while of me saying “No, Rose, don’t touch the toilet!” or “No, Rose, don’t put that rock in your mouth,” I knew I needed another approach. Not only did it not feel good to constantly be telling her no, it wasn’t very effective. She just tuned me out because she knew what I was going to say. So I consulted some parenting books and they advised me to provide alternatives. Now I say “if you want to draw, you can draw on this paper,” instead of “Stop drawing on the walls!” In the same way, we can respond to our colleagues requests to, say, give a grant to a 501c4 by suggesting they work with a fiscal sponsor. You figure out a way for them to do what they want to do (or something close enough) in a manner that won’t get you in trouble with the IRS, the board, or senior leadership.

Being a parent is the ultimate lesson in risk management. You never realize how dangerous the world can be until you are put in charge of a two-foot tall human who is terrible at recognizing danger. But as much as I don’t want her to get hurt, I also don’t want her to grow up so protected and paralyzed by fear and worry that she never does anything. You don’t grow if you never move, and you never have big breakthroughs, like learning to walk or ride a bike, if you aren’t willing to risk some skinned knees. So I try to find a balance, protecting her from the most obvious and serious dangers, and giving her room to make mistakes, ideally that don’t involve a trip to the hospital. The question I ask myself is not so much “What’s the worst that could happen?” but “What’s the worst that could happen, and what’s the likelihood that it will happen?”

Likewise, the safest thing we can do as grants managers is to only make grants to well-established U.S. public charities with spotless financials, for work that is totally uncontroversial and unlikely to go wrong in any shape or form. Unfortunately that’s not the best way to fulfill our philanthropic missions. We need to be mindful of the risks, but also know that you don’t have big successes if you don’t take any risks.

My wife and I quickly realized that if we said “no,” it meant we had to follow through, which meant screaming and tantrums and drama and being the bad cop. That is part of the job, and I have no problem doing it when I need to, but it also made me re-evaluate when there needed to be hard rules, and when there was room compromise. So we stopped saying “no” so much. I found myself asking a question that I think all of us can ask at our offices: “Does this really matter?” If I don’t have a good answer to this, I don’t make it a rule. This has multiple benefits. For one thing, it decreases the amount of bad cop I have to play, which is more pleasant for everyone involved. It also means that I am more able to enforce rules rather than making prohibitions that I don’t follow through on. My child knows that my rules aren’t arbitrary or capricious. This builds trust. She knows if I say “no,” I mean it, and it is important. Nothing erodes trust like someone realizing that your rules have no grounding and no teeth, and enforcing useless rules is a depressing way to work.

It’s not about you.

As a parent the best way to go crazy and be miserable is to take things personally and make them about you rather than focusing on the bigger picture. As a father whose child’s favorite phrase is currently “Go away daddy!”, I have to constantly remind myself that it is not about me, personally. I still care for my child and remind myself that she doesn’t actually hate my guts. If you can focus on the work, you can often find a place where you can accept the many imperfections and slights, both real and imagined, that we suffer in the workplace. This doesn’t mean to ignore your needs or put up with abusive or bad situations, but often reminding ourselves “it’s not about me” can help put things in perspective.

A clear structure allows room for experimentation and chaos.

Toddlers thrive on structure. Structure provides lots of space for them to play and experiment in a safe environment, knowing that their basic needs will be met and you have their back. Likewise having a clear structure to your business processes can give your staff and foundation the room to experiment without worrying about whether the core business practices will get done. If people know when grants get signed, when checks get mailed, when and how legal review is done, then it allows room for them to try new things without the whole machinery grinding to a halt. Some structure actually allows for more freedom than no structure at all.

Love and compassion are essential to solving problems.

This is hands down the most important lesson I have learned as a parent: The only way to solve problems is to approach them with love and compassion. Anger begets anger. If I react to my daughter in an angry or aggressive way, even if I am right, it just makes the problem worse. There is no problem in the world that being an angry jerk can’t make worse.  If I am mean enough and loud enough I might scare her into submission, but that doesn’t solve the problem. If, on the other hand, I approach her with kindness and from a place of genuinely trying to understand where she is coming from, we can usually reach common ground. If I stay calm when she has a tantrum, she calms down. The calmer and gentler I can be, the better the solution. It is incredibly difficult to do, but worth the effort.

Parenting, like grantmaking, can be incredibly hard, but both are well worth the effort.

Patrick Taylor has been Grants Coordinator at the Energy Foundation since 2008. For more parenting and grants management conversations, follow him on Twitter @patrksean. This post originally appeared on the Grants Managers Network blog. 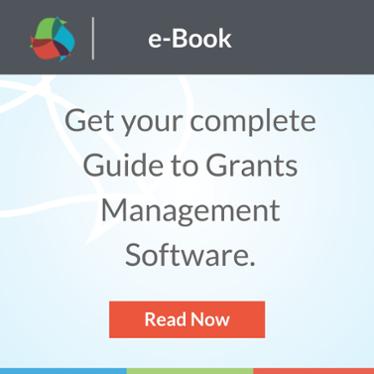 Grantseeking 101: 6 Tips to Find Grants and Smash Your Fundraising Goals