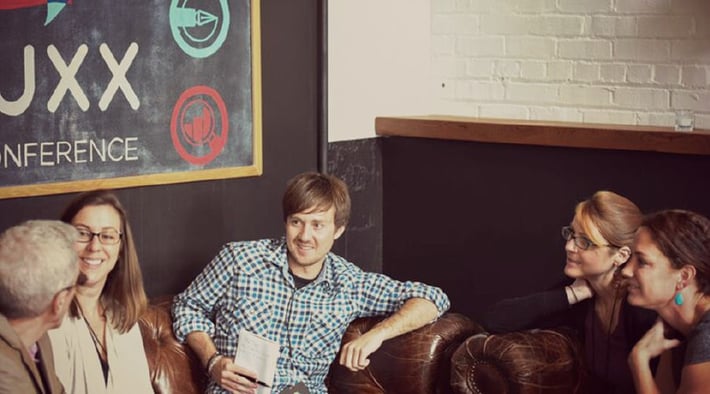 As you may have read in Forbes, Fluxx is entering an exciting new phase of growth. We recently raised what we think is the perfect Series A round of funding, with backing from Felicis Ventures and Kresge Foundation.

That the investment comes from both the Silicon Valley venture community and the foundation world is not accidental. Fluxx aims to bring modern, cloud-based technology to the sector, working hand in hand with the philanthropic community to reinvent the way grants management works – empowering both grantmakers and grantseekers to think differently about how they accomplish and report on their missions.

We are looking forward to using this money to continually innovate and evolve both the platform and the community. Please read the press release below and, as always, let me know if you have any questions.


Fluxx Raises $10.2 Million in Series A Funding to Continue Bringing Philanthropy into the Modern Age
Felicis Ventures and The Kresge Foundation invest in Fluxx’s vision to bring transparency, impact metrics and collaboration to tech-strapped sector

SAN FRANCISCO — August 26, 2015 — Fluxx, the leading technology innovator in the philanthropic sector, today announced it has raised its first round of capital - $10.2 million in Series A funding. The investment, led by Felicis Ventures with participation from The Kresge Foundation, will accelerate the development and rapid deployment of the Fluxx platform. Fluxx is currently used by many of the world’s leading philanthropic organizations, including five of the top 10 foundations in the United States.

Built in response to a groundswell of feedback from foundations and corporations looking to improve their grantmaking process, Fluxx’s modern software powers a highly efficient, collaborative philanthropic ecosystem for both grantmakers and grantseekers. The company, ranked #56 by Forbes in America’s Most Promising Companies for 2014, is quickly deepening its traction and in the past quarter alone launched 20 new implementations at nonprofits nationwide, including The Kresge Foundation.

“With more than $75 billion in assets managed through its platform today, Fluxx is the operating system of the world’s top philanthropic entities.” said Renata Quintini, General Partner at Felicis Ventures. “By reinventing software for the nonprofit world, a previously overlooked but large and growing market, Fluxx enables an unprecedented degree of efficiency and transparency in this sector. We rarely see customers as supportive and invested in a product’s success as those in the Fluxx community – a strong testament to the critical nature of this platform.”

With investment from both the Silicon Valley venture community and its own customer base, Fluxx offers grantmakers technology to make more targeted and impactful gifts. Its SaaS platform enables organizations to visualize, track and analyze the progress of their funds while offering stakeholders complete visibility into how funds are used and the impact they have – available through any device, at any time.

“Kresge transitioned to Fluxx this summer because of its cloud-based platform, intuitive interface and the enhanced communication capabilities it provides both grantseekers and our internal staff,” said Marcus McGrew, director of Grants Management at The Kresge Foundation.

With both an enterprise and an out-of-the-box solution, the Fluxx platform was built to accommodate grantmaking and grantseeking organizations of any size and complexity, from foundations and corporations to small nonprofits and government agencies. The platform has also built a thriving community within the grants ecosystem, where organizations at all stages can collaborate in real-time and share best-practices around giving.

“Our mission is to work hand in hand with the grantmaking community to enable a transparent, accessible and more connected grants management ecosystem while maximizing vital resources to the people and organizations working to make the world a better place,” said Jason Ricci, founder and CEO at Fluxx. “And, as today’s business leaders become tomorrow’s leading philanthropists, they will require more data-driven, elegant solutions for giving management. We are excited to have the backing of Felicis and Kresge as we embark on our next stage of rapid growth and modernize philanthropy at an even larger scale.”

Founded in 2010, Fluxx is a San Francisco-based technology company focused on innovation within the grants management ecosystem. Armed with the support and collaboration of many large grantmakers, Fluxx has reinvented the new standard for grants management – empowering both grantmakers and grantseekers to rise above the time consuming day-to-day tasks and focus on their core missions. Fluxx is venture backed by leaders in both Silicon Valley and the foundation world, Felicis Ventures and The Kresge Foundation, and counts several of the leading foundations as customers, including David and Lucile Packard Foundation, John D. and Catherine T. MacArthur Foundation and Knight Foundation. Its platform of products includes Fluxx Grantmaker Enterprise, Fluxx Grantmaker Streamline, Fluxx Grantseeker Enterprise, Fluxx Grantseeker Streamline and Fluxx Impact Intelligence. To learn more, visit www.fluxx.io.

About The Kresge Foundation

The Kresge Foundation is a $3.5 billion private, national foundation that works to expand opportunities in America’s cities through grantmaking and investing in arts and culture, education, environment, health, human services, and community development in Detroit. In 2014, the Board of Trustees approved 408 awards totaling $242.5 million. That included a $100 million award to the Foundation for Detroit’s Future, a fund created to soften the impact of the city’s bankruptcy on pensioners and safeguard cultural assets at the Detroit Institute of Arts. A total of $138.1 million was paid out to grantees over the course of the year. In addition, our Social Investment Practice made commitments totaling $20.4 million in 2014. For more information, visit www.kresge.org.

Nonprofits: How Data Helps You Get Better at What You Do 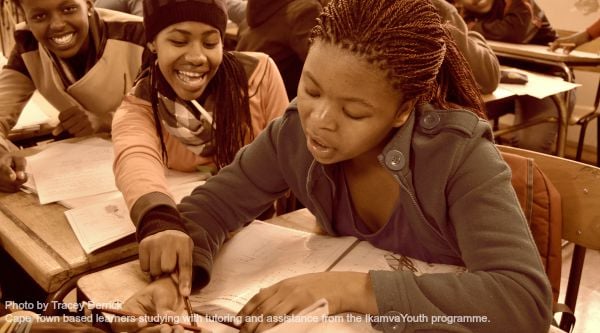