This post first appeared on The Center for Effective Philanthropy blog.

The central paradox of The Future of Foundation Philanthropy can be found in one fact: while two out of three foundation CEOs think it’s possible for foundations to make a significant difference in the world, only about one out of every eight of us feel we actually are making such a difference. What’s behind this “aspiration gap,” as it has been called by The Bridgespan Group? I think it is because we are squandering the biggest advantage foundation executives have: we are free to fail.

What do I mean by “free to fail”? The reality is that foundations face few external performance pressures. Unlike our colleagues in government (where elected officials have to face voters every few years), business (where executives live and die by their quarterly earnings reports to shareholders), and civil society (where the pressure to generate measurable results that lead to donations and grants is relentless), foundation executives face relatively little outside pressure to achieve impact. We are free to fail, with no external force to punish us if we do.

This has its downside. Since we face so little external accountability, our freedom to fail could also be a permit to “fail small.” If the findings in this report are any indication, most foundation CEOs think we are indeed failing small. Nearly half of CEOs believe foundations need to change their orientation, attitude, or mindset in the broadest sense — with some CEOs calling for “acting on courage and conviction.”

Facing little in the way of external consequences should not be a license to mediocrity: it should be a mandate to risk “failing big” by supporting novel efforts challenging seemingly insoluble problems like inequality and climate change (the top concerns of those surveyed). Sixty-four percent of us think we should take more risk. Given the lack of external pressures we face, what’s stopping us, I ask? Surely, with the future of the planet at stake, we shouldn’t be playing it safe — we should be pursuing interventions commensurate with the scope of these obstacles. Challenges so significant place success at distant summits from which foundation CEOs must be prepared to fall, get back up again, and keep climbing. We’re free to fail, but reluctant to do so.

This presents a logical next question: where does that reluctance come from? I believe that the answer is control culture — a need to feel and be in control may be governing much of what foundations risk and don’t risk, what we do and don’t do. A theory of change is not a guarantee of a particular result. It is a hypothesis that can only be tested by executing a plan with partners and grantees. Yet, I believe too many of us see our strategies as promises of results. And, we equate programmatic impact with professional performance in the worst ways — in ways that limit us instead of inspire us. We have an internalized belief that when a hypothesis does not pan out, it is proof of bad thinking, lack of imagination, or poor execution.

We need to keep in mind that philanthropy is a collaborative searching activity. Our core business is experimentation and adaptation. It’s imaging, hypothesizing, testing, evaluating, going back to the drawing board, re-hypothesizing, and ultimately succeeding. Implicit in this reality is risk. Not operational risk, and not undisciplined programmatic risk without grounding in strategies and logic models, but intelligent, conscious risk that excites anticipation more than fear. Unfortunately, there are few methodologies available to foundations who want to push the boundaries on their comfort with strategic risk and truly value experimentation by planning and formalizing a commitment to it. It is all too easy to retreat to a place of greater safety and control.

Something needs to change, and we know this. Ninety-eight percent of CEOs surveyed said foundations must change, either moderately or significantly, if we are to address society’s future needs. And we are pretty confident we will rise to the occasion; 85 percent of CEOs surveyed said their foundations were moderately or very prepared to deal effectively with changes that will affect society in the coming decades.

Ok, folks, then let’s put our money where our mouths are. Let’s seek to “fail big” as a sector, and let’s coordinate with each other through the risk-taking entailed. It’s time to go for broke and make big bets, which we can hedge together through collaboration, and where the risk is high and shared, but with the potential reward of change creation equally high. That’s the only hope we have. Safe bets aren’t going to save us.

As one respondent in the report put it, being a foundation CEO is a “comfortable perch.” Let’s risk being uncomfortable for a change. Let’s challenge our boards and each other to “fail big.” The stakes are too high to “fail small” with safe grants that may make incremental change at the margins, but barely move the needle when it comes to advancing real solutions to the many challenges we face as a society. To continue to do business as usual would be the ultimate failure. And society can’t afford for us to fail in the wrong way.

This blog post is one of eight reflections from foundation CEOs to the CEP research report, The Future of Foundation Philanthropy: The CEO Perspective, commissioned by the William and Flora Hewlett Foundation in conjunction with its 50th anniversary. Download the entire collection of CEO reflections here. 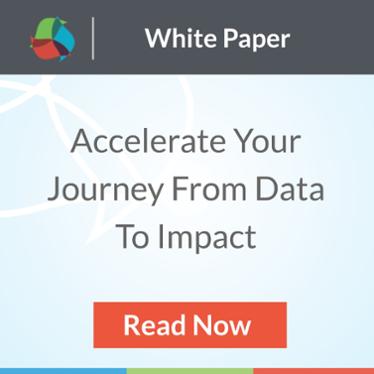 2016 Year In Philanthropy: The Challenges Ahead And Reasons For Optimism