Foundations and the Transparency Mindset: What's in it for Philanthropy? 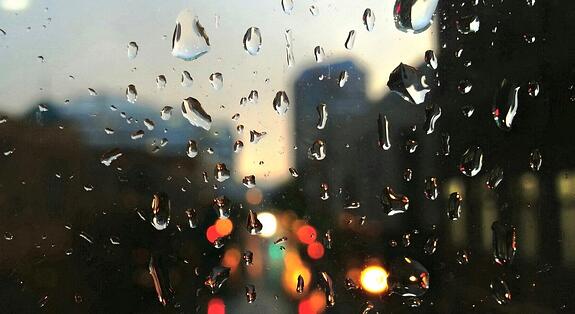 This post was also published on the Glasspockets blog, Transparency Talk. Glasspockets is a Foundation Center initiative that champions philanthropic transparency in an online world.

Foundations have always operated with a fair amount of independence. In many ways, this philanthropic freedom is one of the field's biggest strengths – the ability to stay above the fray, apart from both market and political pressure. The idea was to allow for the delivery of flexible resources to advance the common good.

But as technology advances, and faster ways of sending and receiving information become commonplace, foundations – and most everyone else – are beginning to understand that collaboration, rather than independence, fosters excellence.

And collaboration works best when a transparency mindset is embraced.

Foundations can now tap into a torrential flow of data, harness it, analyze it, and ultimately use it to make real progress on the issues they care about most. When foundations open up and share this data with each other, and the rest of the world, the progress is outsized.

We are starting to see movement toward achieving this vision by groups like Glasspockets, as well as foundations like the Ford Foundation, the David & Lucile Packard Foundation, the Atlantic Philanthropies, and the F.B. Heron Foundation, among others. These folks understand that greater transparency means better philanthropy.

Opening an incoming and outgoing stream of programmatic data, evaluation data, and publicly available data allows foundations to collaborate better (with both their grantees and other foundations), create communities of shared learning, and strengthen credibility and public trust.

These days, we expect information to be available any time and anywhere – our workplaces, the marketplace, and our social spaces have become increasingly open and collaborative – transparent even. So, why should philanthropy be different?

At Fluxx, we don’t think it should.

Transparency is built into our DNA. Fluxx was born from the desire of grantmakers to collaborate more meaningfully ­– with their grantees, other grantmakers, and the grantmaking ecosystem at large.

Listening to these grantmakers, we learned that opening up the grantmaking process, allowing clear visibility and access to anyone in the organization, would create a far more efficient and effective way to make grants. But we don’t think transparency should stop at the walls of the foundation.

By opening access to the free flow of information from sources like the Foundation Center, GuideStar, and other public data, we could empower foundations to use and share data in completely new and important ways. For example, Foundation Center’s hGrant code, an initiative I spearheaded in 2010, lets foundations publish grants information in real time in a format that can be automatically collected and aggregated. Once collected, the data can be searched, categorized, and viewed in new ways.

As we look ahead to the (not so distant) future, we're particularly excited about the potential for grantmakers and grantees to have the ability to track incoming evaluation data, to understand in real time their organization’s short-term and long-term impact, and to be able to respond to that data and take action to ensure continued progress.

In the past, there was no common language used to talk about impact evaluation. Now, for the first time, technology can help us create that common language. It is possible for foundations to not only track their own progress toward a goal, but also compare results with other groups working toward the same end. The intelligence learned creates a greater potential for real needle-moving impact.

But again, this can only be possible when more and more of the sector begin to embrace the transparency mindset.

No doubt transparency can be scary. Who wants their mistakes published for all to see? Who wants to be a target for second-guessing and criticism? Who needs the enhanced scrutiny?

But here perhaps is the more important question: What if we don’t do it? Philanthropy is a space that has so much to gain from collaboration – so many strong and important organizations work tirelessly to make change on some of the same stubbornly persistent social problems. To knock down the silos and begin maximizing impact, it’s imperative to begin thinking and acting in a more transparent way.

Transparency shouldn’t be a goal just for transparency’s sake – transparency is a means to an end. When organizations see that sharing information increases the likelihood of accomplishing what they set out to do – whether it’s to increase access to clean water, improve educational opportunities in inner cities, or lower greenhouse gas emissions – it makes the concept of transparency a lot less scary. And it makes the choice whether or not to embrace a transparent mindset that much easier.

It's a new way of working for foundations, and it's not always comfortable. Taking risks seldom is. If you're too comfortable, perhaps you're not pushing hard enough. After all, what's the point of philanthropic freedom if you're not taking risks?

Welcome to the Fluxx Blog: The Unexpected Journey