Data Philanthropy: How the Private Sector Can Use Its Data for Good

This post originally appeared on Harvard Business Review's HBR Blog Network with the title, "Sharing Data Is a Form of Corporate Philanthropy," on July 24, 2014.

Ever since the International Charter on Space and Major Disasters was signed in 1999, satellite companies like DMC International Imaging have had a clear protocol with which to provide valuable imagery to public actors in times of crisis. In a single week this February, DMCii tasked its fleet of satellites on flooding in the United Kingdom, fires in India, floods in Zimbabwe, and snow in South Korea. Official crisis response departments and relevant UN departments can request on-demand access to the visuals captured by these “eyes in the sky” to better assess damage and coordinate relief efforts.

DMCii is a private company, yet it provides enormous value to the public and social sectors simply by periodically sharing its data. (Below is satellite imagery the company provided to Algeria to help track the spread of locusts.) 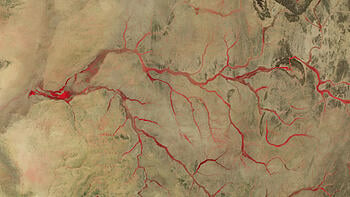 Back on Earth, companies create, collect, and mine data in their day-to-day business. This data has quickly emerged as one of this century’s most vital assets. Public sector and social good organizations may not have access to the same amount, quality, or frequency of data. This imbalance has inspired a new category of corporate giving foreshadowed by the 1999 Space Charter: data philanthropy.

The satellite imagery example is an area of obvious societal value, but data philanthropy holds even stronger potential closer to home, where a wide range of private companies could give back in meaningful ways by contributing data to public actors. Consider two promising contexts for data philanthropy: responsive cities and academic research.

The centralized institutions of the 20th century allowed for the most sophisticated economic and urban planning to date. But in recent decades, the information revolution has helped the private sector speed ahead in data aggregation, analysis, and applications. It’s well known that there’s enormous value in real-time usage of data in the private sector, but there are similarly huge gains to be won in the application of real-time data to mitigate common challenges.

What if sharing economy companies shared their real-time housing, transit, and economic data with city governments or public interest groups? For example, Uber maintains a “God’s Eye view” of every driver on the road in a city: 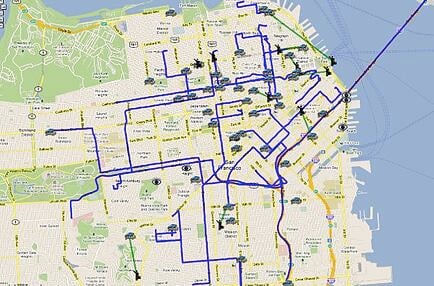 Imagine combining this single data feed with an entire portfolio of real-time information. An early leader in this space is the City of Chicago’s urban data dashboard, WindyGrid. The dashboard aggregates an ever-growing variety of public datasets to allow for more intelligent urban management. 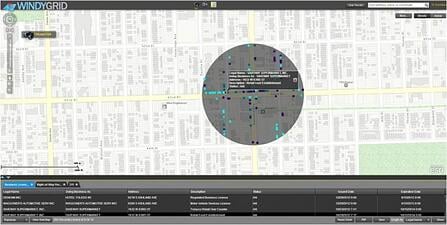 Over time, we could design responsive cities that react to this data. A responsive city is one where services, infrastructure, and even policies can flexibly respond to the rhythms of its denizens in real-time. Private sector data contributions could greatly accelerate these nascent efforts.

Data philanthropy could similarly benefit academia. Access to data remains an unfortunate barrier to entry for many researchers. The result is that only researchers with access to certain data, such as full-volume social media streams, can analyze and produce knowledge from this compelling information. Twitter, for example, sells access to a range of real-time APIs to marketing platforms, but the price point often exceeds researchers’ budgets. To accelerate the pursuit of knowledge, Twitter has piloted a program called Data Grants offering access to segments of their real-time global trove to select groups of researchers. With this program, academics and other researchers can apply to receive access to relevant bulk data downloads, such as an period of time before and after an election, or a certain geographic area.

Humanitarian response, urban planning, and academia are just three sectors within which private data can be donated to improve the public condition. There are many more possible applications possible, but few examples to date. For companies looking to expand their corporate social responsibility initiatives, sharing data should be part of the conversation.

Data philanthropy achieves many of the goals sought by traditional corporate social philanthropy: it allows companies to give back in a way that produces meaningful impact, and reflects the businesses’ core competencies while preserving or expanding value for shareholders. In The Competitive Advantage of Corporate Philanthropy, Michael E. Porter and Mark R. Kramer discuss the practice of “strategic philanthropy”, where a company derives value from socially responsible behavior and programs not because of the positive public relations such activity generates, but because this type of philanthropy can significantly improve the competitive business environment within which the business operates.

Porter and Kramer give a classic example of ecosystem-supporting philanthropy: a company contributes to help improve area schools, which would eventually improve the labor pool from which they hire staff. The rise of the web has altered our definition of a “business environment” to include ecosystems untethered from geography.

Hilary Mason, a data scientist at Accel Partners, offered tech startups similar rationale for sharing data with academics. In addition to earned media opportunities, free labor represented by academics’ brains, and the potential to hire the valuable talent that can emerge from such partnerships, Mason echoes the corporate social responsibility literature on the benefits of investing in the company’s global business environment:

“As a startup, you’re mostly likely building a product at the intersection of a just-now-possible technology and a mostly-likely-ready market. The further the research in your field moves, the greater the number of possible futures for your company. Further, the greater the awareness of your type of technology in the community, the larger the market is likely to actually be. Your company is one piece of a complex system, and the more robust that system becomes, the more possibilities there are for you. Share data, and you make the world a more interesting place in a direction that you’re interested in.”

Companies shaping this data-driven world can contribute to the public good by working directly with public institutions and social organizations to bring their expertise and information assets to bear on shared challenges. As Porter and Kramer argue, such non-monetary assistance reflecting a company’s existing expertise can surpass the social impact achieved per dollar expended through traditional philanthropy.

In today’s business environment, data can be a powerful source of competitive advantage. But that doesn’t mean sharing it can’t provide some benefits to a firm, while also aiding social and civic groups. Next time your company is considering ways to further its social impact, consider providing access to data.

Matt Stempeck is Director of Civic Technology at Microsoft NYC.

To learn more about how grants management software can support your data needs, click here. 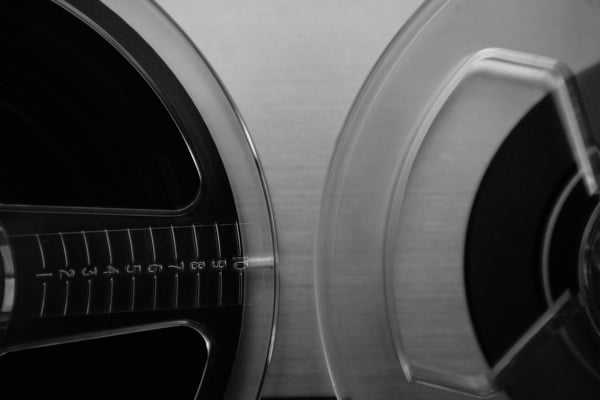 Lessons from Knight Foundation: How to Beef Up Your Data Game 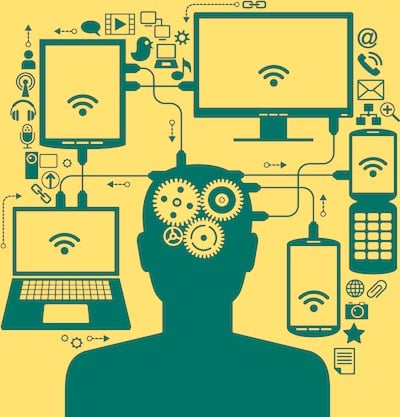 Why Are Foundation Leaders Slow to Adopt New Technology?