What's next for the Impact Genome Project?

The Impact Genome Project has taken a similar approach to philanthropy by analyzing the DNA of impact programs to determine what is and isn't working.

This week we are thrilled to have the Executive Director of the Center of Impact Sciences at the University of Chicago and the co-founder of the Impact Genome Project, Jason Saul on the podcast to tell us about his work, and most importantly — share more about the Project’s integration with Fluxx!

Will trust-based philanthropy solve the funder to nonprofit power imbalance? 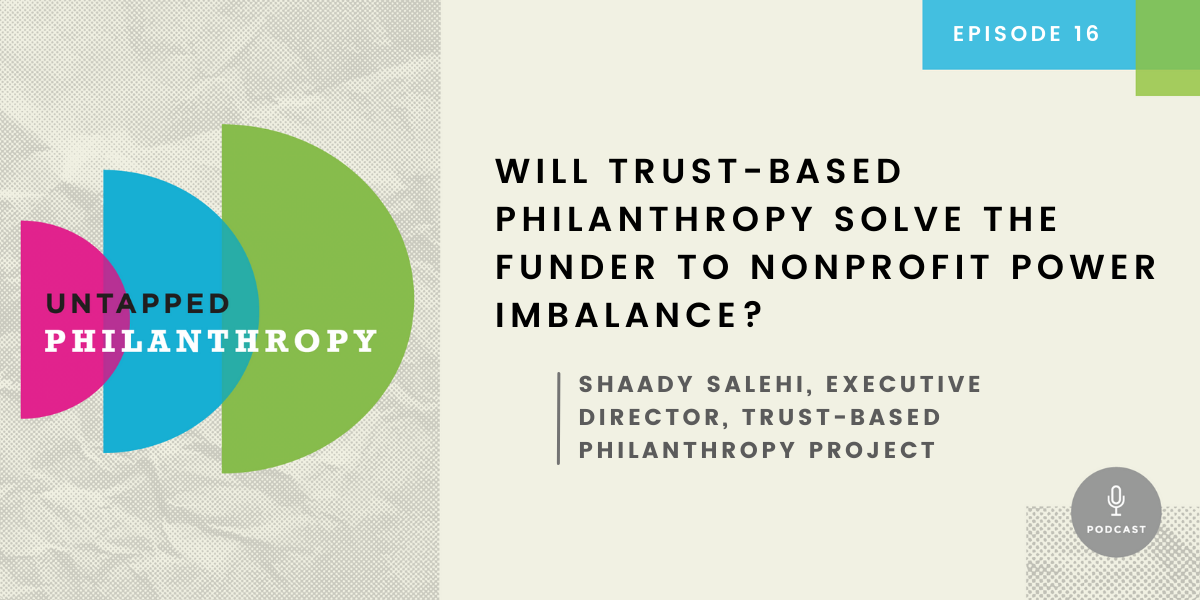 The Trust-Based Philanthropy Project is a five-year peer-to-peer funder initiative designed to address the inherent power imbalances between foundations and nonprofits. It’s an initiative built around action and immediacy. A quick perusal of the team’s website will immediately bring you to the six practices of trust-based grantmaking which the team hopes will not only break down the buzz-y term of trust-based philanthropy into actionable steps, but also encourage funders to make immediate equitable changes.

The work of the Trust-Based Philanthropy Project is aligned with our work and mission here at Fluxx. We believe that it’s not only possible — but also essential — for technologists to partner with philanthropists in order to build pathways to deeper and more trusting partnerships between funders and grantees.

Which nonprofits would benefit from endowments? 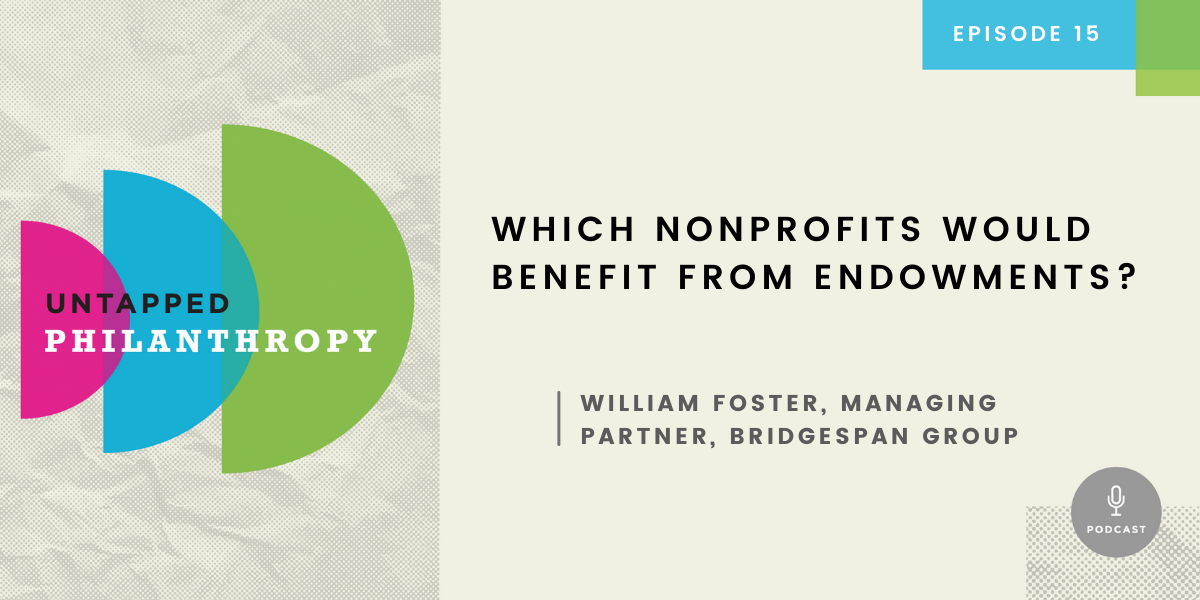 Imagine a world in which the toughest multi-decade long problems; whether it's racial injustice, poverty, or the preservation of democracy, were resourced in the same manner as a legacy institution. It’s a radical idea that would rely on what many would consider a “stodgy” grantmaking practice. We’re talking about endowments.

Untapped Philanthropy Season 2, Episode 3: Which nonprofits would benefit from endowments?

“You think about endowments as something that happens for the biggest established organizations like universities, art museums, or medical research,” said this week’s Untapped Philanthropy guest, The Bridgespan Group's Managing Partner William Foster. “But it's radical because there is nothing more clean and complete in the trust-based philanthropy world than creating endowments, right? It's the ultimate shift. Dollars and assets are power.”

Is philanthropy ready for crypto? 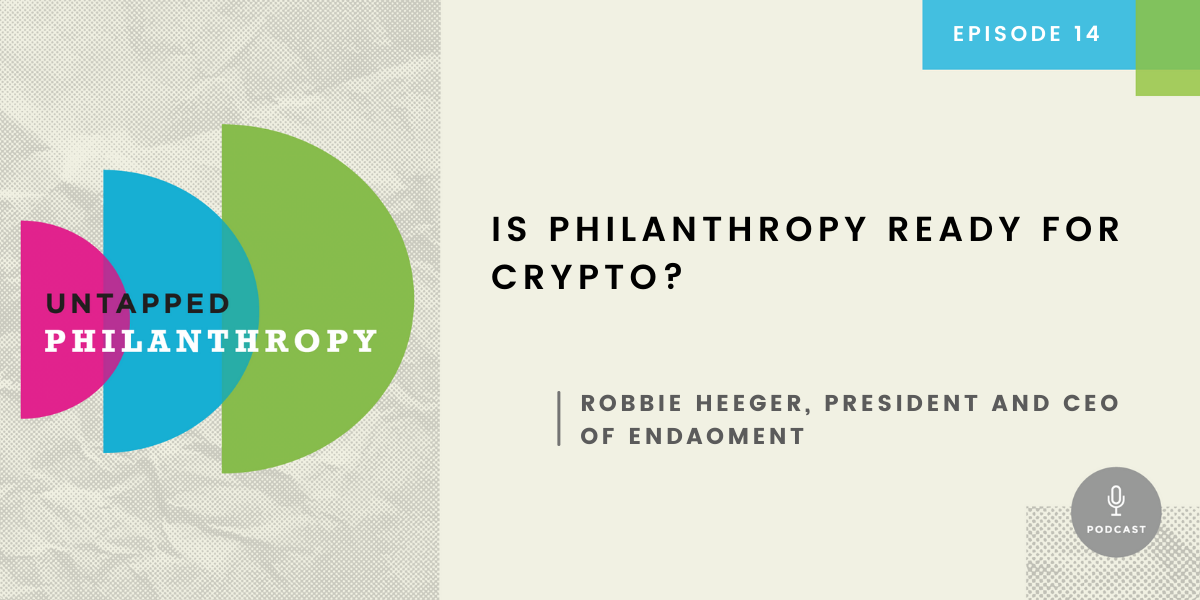 It’s not often that you hear cryptocurrency, Bitcoin, or Ethereum uttered in the same sentence as philanthropy. Most nonprofits (and funders for that matter) aren’t equipped to accept or distribute a crypto donation. And let’s be honest, the philanthropic sector isn’t known for its early tech adopters, and certainly not crypto geeks.

How is philanthropy shaped by DEI and technology? 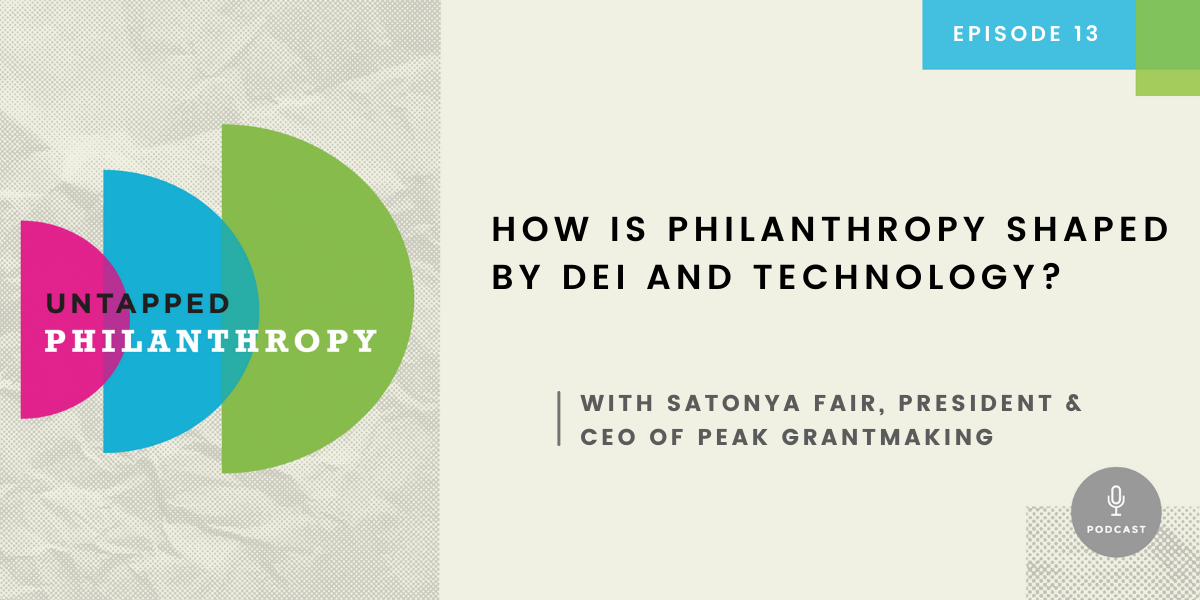 Mentioning DEI (diversity, equity, and inclusion) and technology in the same sentence can go one of two ways:

“Well, turns out the recruiting software we used to hire at our multi-national nonprofit is showing signs of unconscious bias.”

“Our new grantmaking technology has allowed us to implement trust-based philanthropy and fairly distribute funds out to the communities that need it most. We’re now able to prioritize more diverse needs and initiatives.”

And as a bonus for our listeners, we shared a special Fluxx announcement at the end of the episode!

Do corporate givers hold the secret to funder agility? 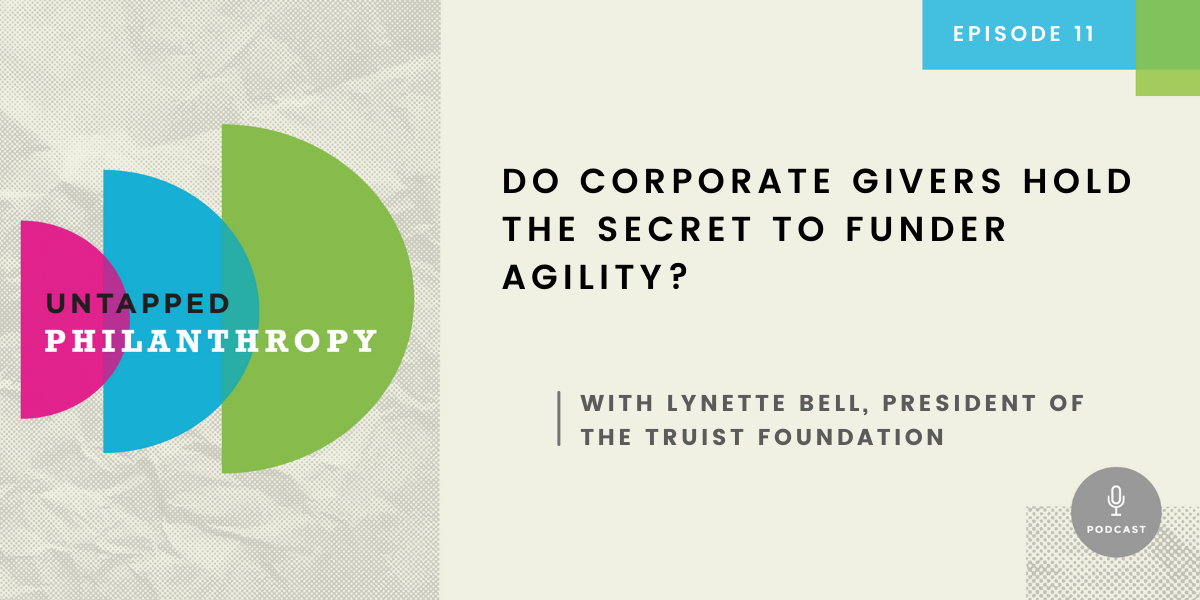 SunTrust Bank and BB&T Corporation (one of the largest banking corporations in the United States) completed a massive merger to form Truist on Dec. 9, 2019. This merger brought with it the need to meld both philanthropic agendas of the two banks, and within the same month, the Truist Foundation was born. Then came the global COVID-19 pandemic.

“The financial inequities that faced historically excluded communities were laid bare by the pandemic. We knew that it was crucial for us as an institution to be part of the catalyst to help build that generational wealth and do the hard work of advancing an economy that better serves everyone,” said Lynette Bell, president of the Truist Foundation. “So as the philanthropic arm of a financial services institution, we recognized that it was our responsibility to take part in that difficult work – and we wanted to sharpen our grantmaking in that process.”

Is journalism changing thanks to new billionaires and mega-donations? 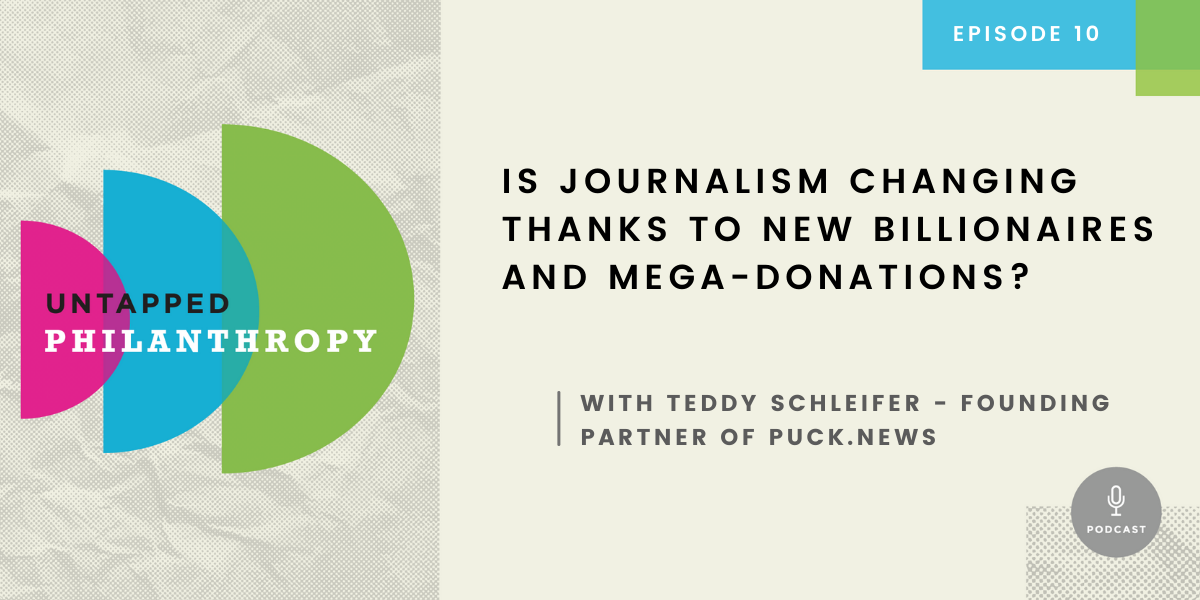 Despite being a worldwide trillion-dollar industry, philanthropy doesn't garner the same media coverage as say, the technology sector. But with so many new billionaires entering the funding space, and billionaires renewing their focus on environmental and societal causes, you’d think we’d be seeing more mass media news coverage. So where are the hard-hitting, deep-dive industry articles and why might they be difficult to come by outside of trusted philanthropy trade publications?

Enter Teddy Schleifer, Founding Partner of the new media company, Puck. Prior to Puck, Teddy covered money, influence, and billionaire philanthropy for Recode, which is owned by Vox. At Recode Teddy delved into crypto giving, Elon Musk’s charity sending sprees, Jeff Bezos philanthropic, and everything in between. But more importantly, his coverage isn’t just about the gifts, but the motive behind it, and the quiet power that drives one of the world’s largest economic powerhouses. 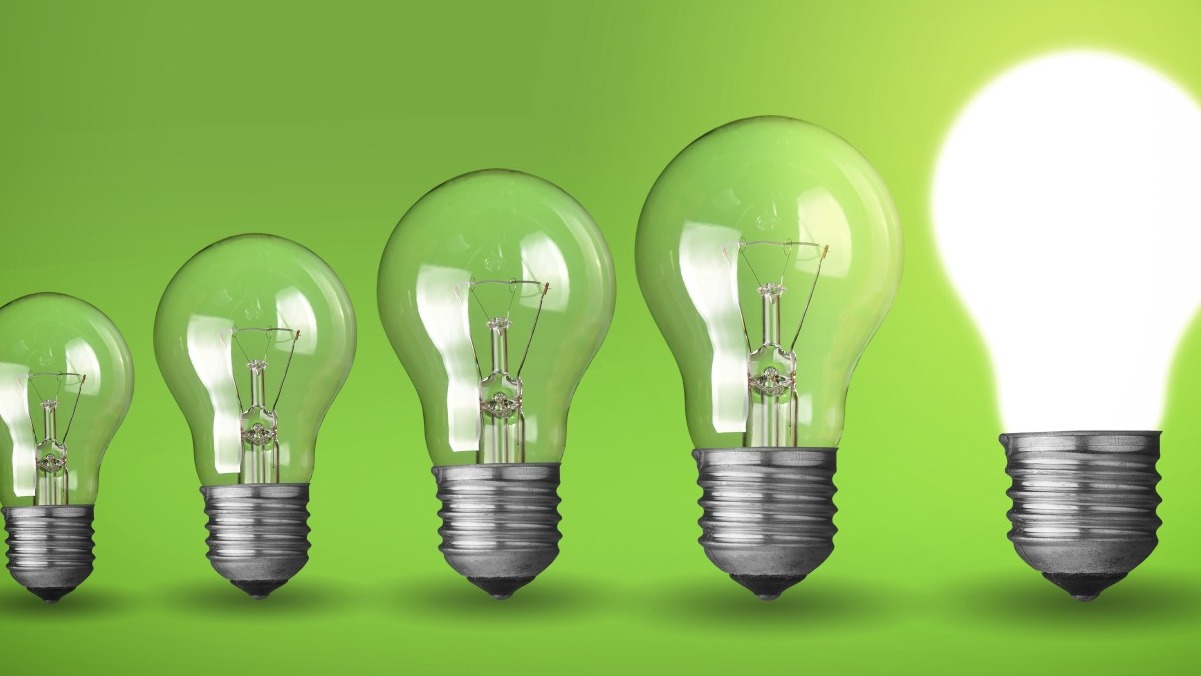 We know that Grants Management Systems (GMS) help grantmakers accelerate their impact, improve relationships with grantees, and unlock the power of data for reporting and decision making.

We also know that many organizations are stuck in outdated systems—or are manually tracking everything through an ad hoc process using email and spreadsheets—which means that too many grants professionals are spending countless hours tracking down information, searching through disparate documents, and manually moving the work forward.

To help Grants Administrators and Grants Managers advocate for new technology, we teamed up with our friends at Grantbook to build a simple guide.

How can we leverage policy to propel transformative social impact? 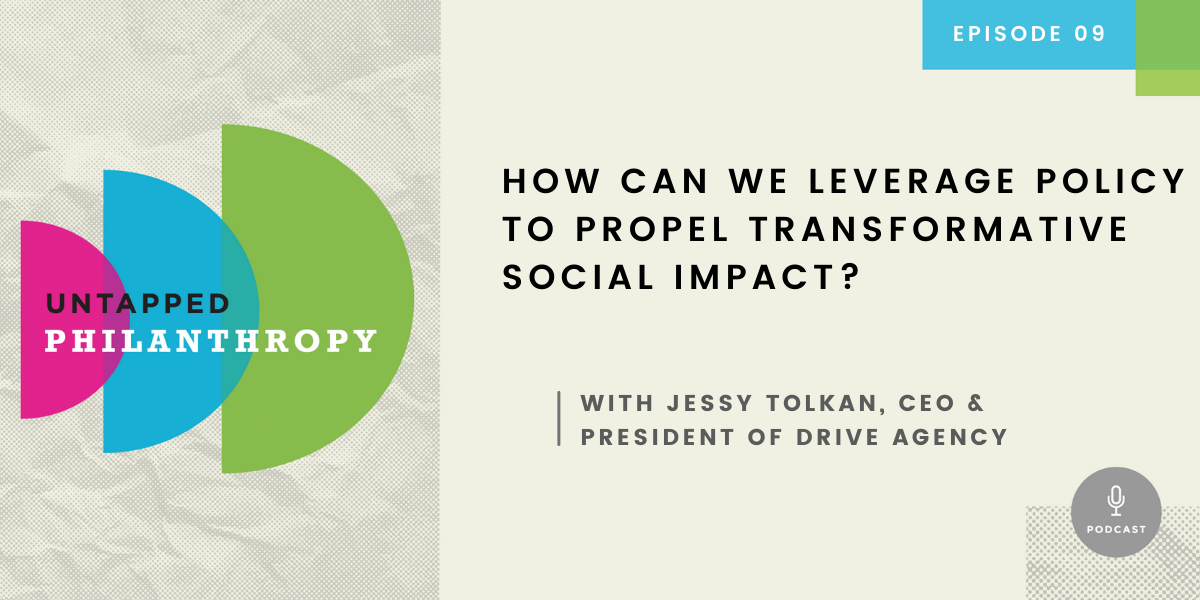